I don’t have a set date yet, but when I decide, I’ll announce it.

Now then. For Closed Alpha I’m looking for 10 players that will give the game a try, and afterwards, give me feedback on what you liked, what you didn’t like, and general overall game performance.

Closed Alpha will not contain much content sadly. You can look forward to a solid 3-4 hours of gameplay, but after that, if you want to play longer, you can grind it out and try to reach a high level!

I have no plans of deleting Alpha Accounts, so all accounts created will continue to exist after Closed Alpha is finished.

Closed Alpha will last 1-2 days, depending on how it goes. If it becomes apparent that the server is crashing due to a bug (let’s hope not) I may have to shut down Closed Alpha early to examine it and fix it.

I have high hopes however, as the engine I’m building this game with took me nearly an entire year to complete and has (so far) been the most stable Eclipse Based engine I have ever worked with.

Now, of course, participating in the Closed Alpha is a win/win situation. I get some feedback and get to test the server speed and stability, and you all get some exclusive perks!

For participating in Closed Alpha, you will be given this sexy Gold Ring. The item itself is average, but it’s rarity will be sure to swell your pride. This Item Binds on Equip (Soulbound), so you’ll never lose it!

You’ll also receive access to the game’s first and thus far only dungeon, the Terrakar Caves!

Sound fun? That’s because it will be!

Post below or at Skywyre.net to claim your spot!

Post below or at Skywyre.net to claim your spot!

ill take a try at it

I’ll give it a shot. 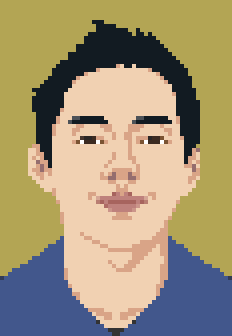 Alrighty. That wraps it up! I’ll make another post when I have a scheduled date of Closed Alpha!

Whatever is the matter

Seems he missed the alpha testing