This topic has been deleted. Only users with topic management privileges can see it.
last edited by
0
R
ReubenNick

As we prepare for the summer, this thread will be used to mention released games and how to play them.

Our first of many to come mobile game releases on the play store, Rainbow Hippie!

Engage in hippie-balloon warfare in this action packed arcade thriller! Dodge obstacles, puke rainbows and try to beat your high score! Indulge your liberal self in this radical reflex-testing barrel-dodging hippie fiesta!

Over 7 different colors of balloons! But watch out, popping the black balloons will surely ‘harsh your mellow’!

Spew rainbow vomit at your targets!

Narrowly escape increasingly difficult obstacles! Propel yourself through the air with your hair!

Although i can never get past 3…

Although i can never get past 3…

Highest is 12 for me haha

difficulty might be tweaked a bit but the challenge is fun.

Update 1.2 has been released on the play store. Quite a few bug fixes and some graphical additions. Things are looking good! Pass the game on and help support.

Nothing to see here, move along =]

Check out our facebook page! and like, and here is a teaser to what we’ve been grinding at for the last 3 days and will now switch to normal development for an early July release. Space-Stroids will likely be featured in Indie Game Magazine’s July issue as well, so that is wonderful. =]

but I shall pass on your compliment! I’ve got an eye on Nin as well.

Next week will be the sneak dedicated to Rainbow Hippie to start things off, we’ve updated our banner which shows the shirt designs we’ll be selling once the video goes live! Head over and like the RH facebook page today! 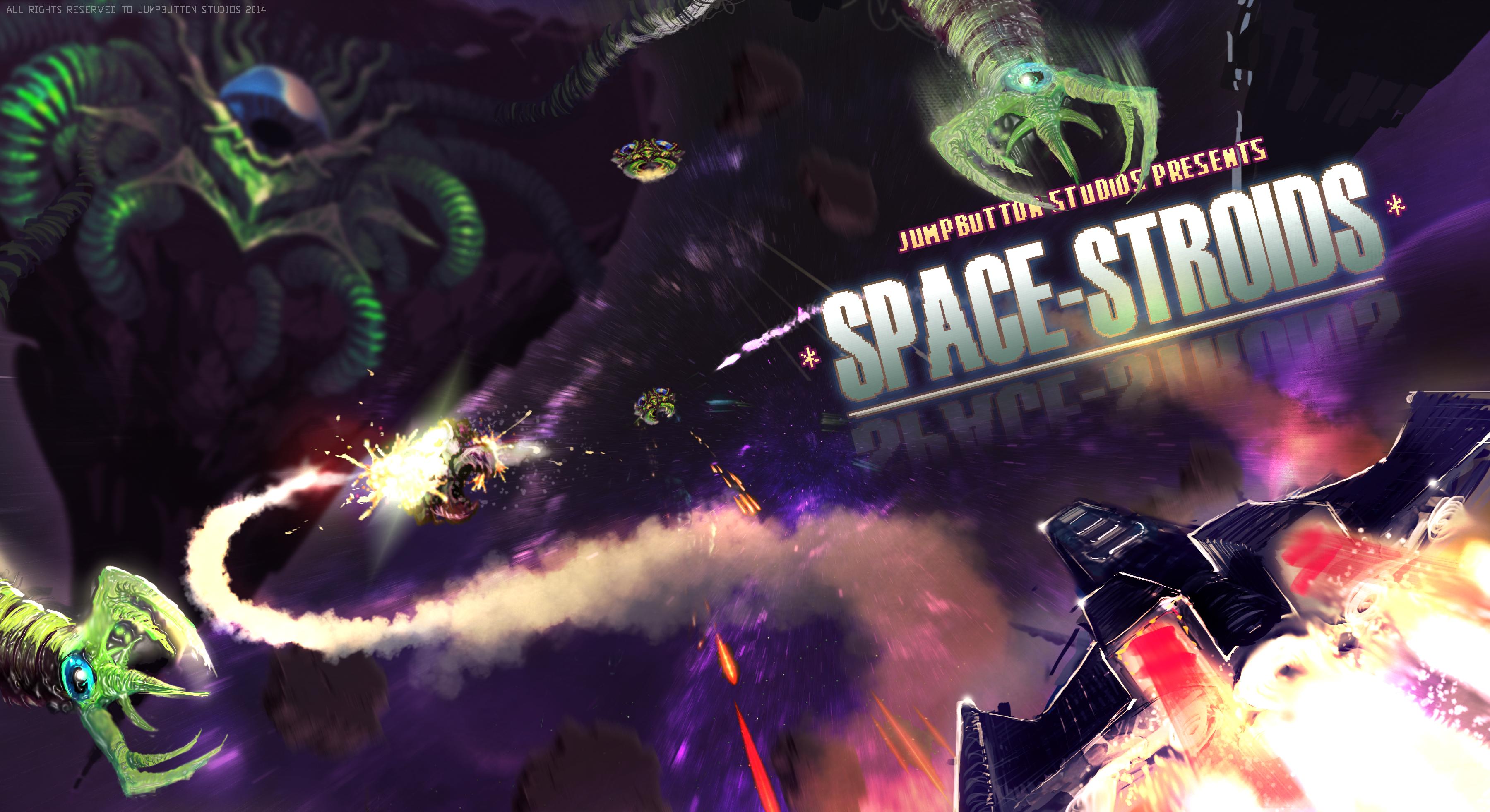 First Hype week leading to the first week of July’s game release, Space Stroids. We’re hard at work polishing what we can, implementing more to the game and trying to make something worth playing a demo of, and purchasing. Official release date is to be announced but know it is early July once again, and the game is going to be priced at .99 cents for the full PC version. Should there be a huge demand to have it ported over to mobile, we will look into that afterwards.

Next week we’ve got another teaser hype coming your way

Jumpbutton Studio presents, Space Stroids! Coming to you in July! The sneak for this week will be focused on this project so look forward to learning more from developers Ace, and Vin.

Wow I am very VERY impressed! I’ve never seen a studio like this on Eclipse before!

little news guys! Since you have yet to try Space Stroids out for yourselves, we were able to get an early version of the game reviewed for the Indie Game Magazine. Go purchase a copy which is $3 and head over to page 40 to read more about our project!

A short screenshot of the first paragraph, the entire article is quite a nice review for the build we were able to put together.

Our short games department INOP has done it again! Those of you who have moments in life where you want to just pass time, and own an android device; head over to the play store and download Impulsive Button!

Many more features to come, as well as games. Rate, and share! Report any issues.

New and improved website and much more! Posting on this site is stopping due to not much activity within this thread but for those of you interested in following our ventures; https://www.jumpbuttonstudio.com/

P.S We have completed our donation system and donating is now possible! If the current benefits do not hit your interests, be foreinformed that what the future holds will be amazing and our priority will be on all our members but those who went the extra mile to help us get where we get will certainly NOT regret it.

A link to the donation page can be found on the home screen or simply click here and you will be redirected to our donation page, thank you to all who donate!

Aside from that, the website has been improved behind the scenes and various parts to make both mobile and desktop viewing experience even better! If you previously received an odd error while registering, that will no longer happen. Please be sure to send us reports or feedback through our contact page if you spot anything weird and it will be dealt with.

Glad to see you posted this here! Treos is good, but much more traffic can be generated from here.

At first glance, the website looks good, but there are quite a few little areas that need refinement. It’s as if a designer designed it, then handed it off to code by someone with no sense of design; lack of padding, poor typography, lack of visual indicators, etc. Still your games look nice, so I wish you the best.

At first glance, the website looks good, but there are quite a few little areas that need refinement. It’s as if a designer designed it, then handed it off to code by someone with no sense of design; lack of padding, poor typography, lack of visual indicators, etc. Still your games look nice, so I wish you the best.

The site is still in its infancy

but thank you for the crit! We plan to put out a survey for visitors in time.

honestly, for the hippie game, i’d keep the difficulty, makes the game more challenging which allows for people to try and get better. kind of gives you that sense of accomplishment even more lol. idk im just tired of games being way too easy anymore, they buff the player all to hell enough you’re guaranteed to win almost everytime half the time a game is made, it sucks lol. can’t wait to see where this group will go though!

Good to see some local talent on here actually doing something worthwhile. I wish you the best!