This topic has been deleted. Only users with topic management privileges can see it.
last edited by
0
Z
Zexion 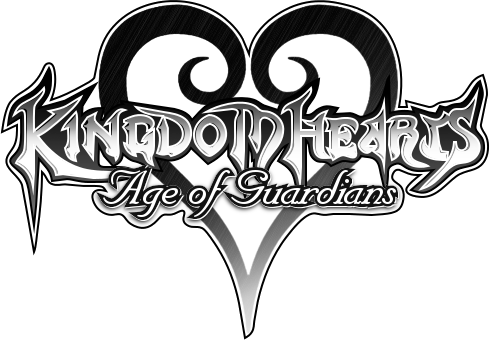 **Ten years have past since Xehanort’s Keyblade War spread darkness across the land. A war where the will of seven guardians of light changed the destiny of the worlds forever. The seven guardians decided to form a world of warriors like them, to serve and protect the Order of Light. These guardians are trained in combat and ready to defend the worlds at a moments notice. They travel across the lands maintaining the peace in every world. **

**   In this story, you can take the role of three characters. Choose to go it alone as Aireus, or in a team as Bane and Lilly. Explore several new worlds including selections from the Nintendo, Disney, and Final Fantasy universes. Complete goals for trophies and unlockables in mirage arena.**

Unlike my previous attempts at the game, Kingdom Hearts: Age of Guardians is my first real attempt at completing a game. I have goals to meet on a bi-monthly basis. It allows for plenty of slacking off while still maintaining results. I’ve decided to post this project seeing as how the first two months have been such a huge success. I’ve completed almost every task so far except the last few.

So as I mentioned before, I have bi-monthly tasks to meet. I will update this list as needed!

**>! Work on Battlesystem Base 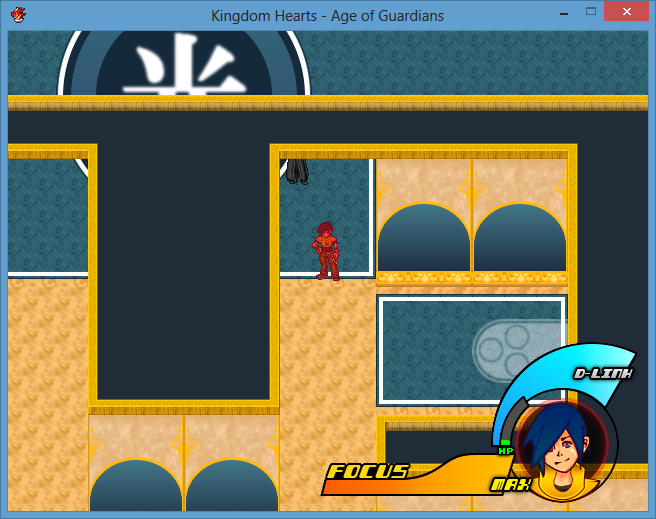 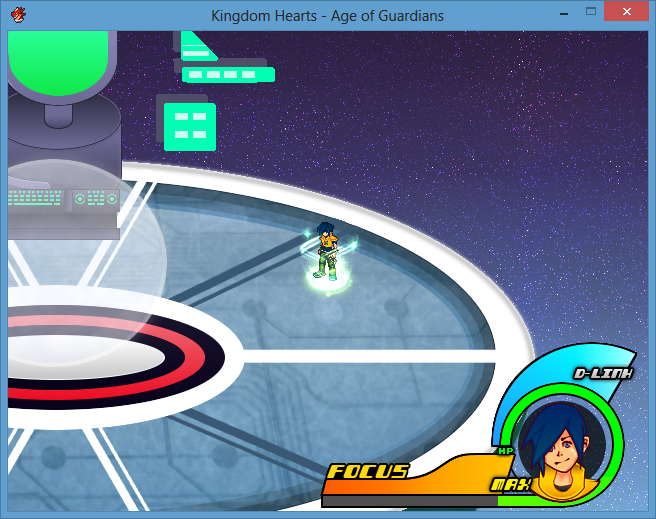 Graphics & Rest of the Scripts Made by Zexion (me)**

I don’t know what the rules are about double posting, but I wanted to point out that the screens are outdated. I will be posting newer screens, but I’m not sure when as I recently up-res’d the game to 1024x576, and so I have to re-do some graphics. If anyone is familiar with RPG-Maker XP, and wants to help in any way, feel free to offer services. Don’t be offended if I don’t accept your offer, because I’m trying to do this game mostly on my own.

I’ll give it a whirl when it’s done

Thanks, it’s still in its very early development stages, but I do work on it often. I work alone for the most part, so don’t expect updates everyday, but often enough! I actually just made a small breakthrough on my battle system. I was having problems making animations play correctly, but it’s fixed now. The system is completely event based at the moment, but I plan on scripting the sprite poses eventually.

I managed to get mode 7 to work with all my scripts, and with a few edits, even my animation script. I’m thinking about using it in battles and certain worlds for added fun. It’s also worth noting that I’m working all this on an old project, just to test things out. I will move it to the current project when I get things at the level I want them. (Gif of fight below)

Please note that it still has a few small bugs but nothing major. The AI has been dialed back and hp was halved. 3 commands are now working. Take it for a spin

Once Upon a Time… Im just going to take a guess that your using RPGMaker? the mention of scripts quite often hints at that as well as I know of a H-Mode 7 for RPGMakerXP that makes that fake 3d stuff.

If anyone is familiar with RPG-Maker XP, and wants to help in any way, feel free to offer services. Don’t be offended if I don’t accept your offer, because I’m trying to do this game mostly on my own.

And the game’s icon, folder names and the files that come with the game dont give it away enough, yeah its RPG-maker

And the game’s icon, folder names and the files that come with the game dont give it away enough, yeah its RPG-maker

Btw im not having a dig, just was no need to guess, I did try the game and I found it fun, but I always died

Btw im not having a dig, just was no need to guess, I did try the game and I found it fun, but I always died

Haha it’s fine I understood that it was meant to be slightly sarcastic, as was mine. It’s all for teh lols

Also, I’m not 100% sure, but the last demo that I uploaded here might have had more than a few issues. I’ve updated the game since then to make the boss easier to defeat, aswell as adding combos for the player and a defence button, but I won’t be posting it since I mentioned not having any more battle system demos until the first release. (On another site) I’m glad you enjoyed it, and I can promise that it will only get better from here, haha.