This topic has been deleted. Only users with topic management privileges can see it.
last edited by
0
S
shadowdeath

Because single is too little

Intro, or how to completely bore everyone within the first paragraph of a post

So uh, hi everyone. Double Death is my first real project as an Indie Dev, and up to this point has been a crazy

experience for me. I’m creating the game mainly in GM:S, although I’ve had to do some additional coding for

GM Extensions to extend the capability of the engine. Double Death is a zombie (yes, another zombie game) beat’em/shoot’em up

which I created with the original idea in mind of being a 2D Killing Floor. Since then I’ve added a lot more from many inspirational sources,

including L4D, TF2, and older games like Metal Slug. Not only have a learned a ton from Double Death, but it’s also been the source

as a business and get in touch with a publisher to bring the game to Steam in the future.

Features, or what actually makes the game worth playing

Screenshots_,_ or the only thing people really care about when opening a thread 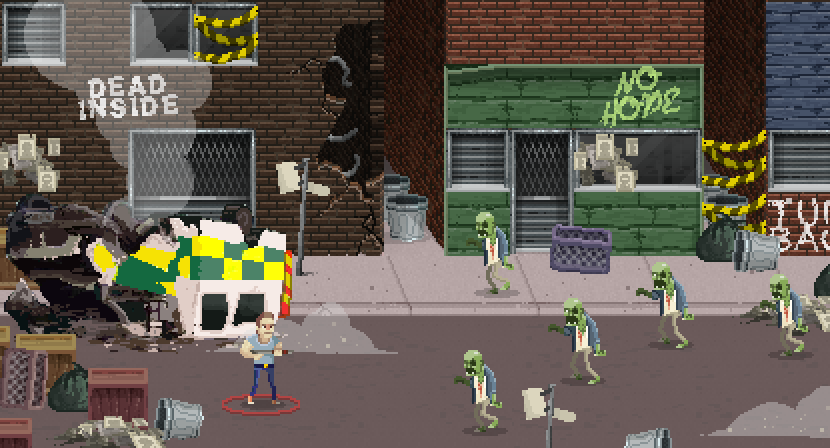 !
!
! So yeah. The game’s still in development and should be released on Steam, among other platforms, in a few months or so. There’s a lot
! more screenshots on the IndieDB and Devlog pages, so if you’re interested be sure to check those out.
!
! Thanks everyone,
! Bonesy_

Love the graphics, they look awesome ^^

love the art style and the animations are pretty damn good