This topic has been deleted. Only users with topic management privileges can see it.
last edited by
0
M
Marsh

All right guys its that time of year again. Make me jelly with the amazing presents you guys always get.

I got a Raspberry Pi! Woooo.

Christmas has yet to happen for me but I usually get a few presents on Christmas Eve so I’ll edit this post with what I get.

This is eclipse tradition, I was gonna tell you to start it. I got my christmas eve PJ’s already… 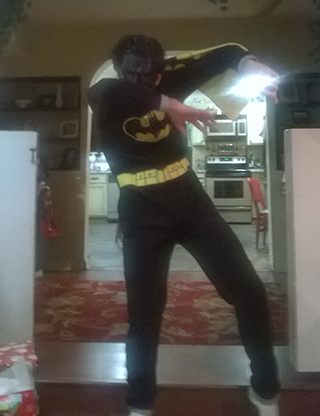 I got a Raspberry Pi! Woooo.

That’s some good shit. Used mine for a few months and made some pretty cool things…

Picked up an Arduino too lol

Real Tequila from Mexico (not that store bought garbage)

and Game of Thrones shot glasses

A new laptop for college and a Flying V Guitar

I got a PS4 and some cash, but PSN has been down all day so it kinda sucks lol.

A Samsung note 10.1 and my custom lightsaber replica…

Real Tequila from Mexico (not that store bought garbage)

and Game of Thrones shot glasses

I got some pajamas, socks, a robe, money, and a gift card <:

I got some pajamas, socks, a robe, money, and a gift card <:

Instead of editing my original post (since so many people have posted, nobody will see it) I’m posting what I got here.

I’m not going to list everything but the main items I got were A Razer Blackwidow Chroma, Pokemon Alpha Sapphire, $100 Best Buy gift card, and a Sword Art Online II poster.

Some clothes, poor Santa is poor

Some clothes, poor Santa is poor

Clothes are the best present!

Clothes are the best present!

So true, I like getting clothes for Crestmatt. I got a batman jacket and a Green Day Dookie shirt.

I play magic rather casually, it’s fun, for the most part you will be fine with an Event deck, which is like an introduction deck, but it doesn’t suck as much.

Depending on the level of play you are refering to, it can be really easy, to wallet bursting, but unless you are aiming for top tier competitive games, you should be fine, also, avoid Legacy, play Standard format, it’s cheaper, and it’s more fun in my own opinion, cards are always in print, and it changes more, and feels more balanced.

Depends on if you have any friends that also play or are interested in getting into it. Otherwise, there isn’t much to do with the cards except to play with yourself

I think it’s pretty easy to get into, they’ve had the same rules since they first launched. Play one land per turn, turn it sideways when you want mana to play any cards in your hand.

Wizards of the Coast has been doing a pretty good job of explaining any new abilities in there sets. As Xelander said, definitely stick with Standard to start (Standard is the latest two blocks of themed sets and the latest Magic Core set) I’ve been collecting for so long that I have cards for Legacy and Standard. Legacy opens open into a whole slew of sets spanning back to the 90s and can get overwhelming.

Other than that, have fun. Careful where you play, I find the players at Magic shops are super competitive and will halt play just to make sure things go according to tournament play (where you have to announce phases and it just gets super technical) Not that there is anything wrong with that, but imo, if we’re not playing for money then there is no need to be a huge stickler for the rules.