This topic has been deleted. Only users with topic management privileges can see it.
last edited by
0
D
deathtaker26

We have one for league, so why not CS:GO. Also, I’d like to recommend a CS:GO sub-forum like we have for league and a few other games that no one really even plays ever.

Here’s the story behind this game. We started off with someone who was throwing our game, Teamkilling, etc. Afterwards we ended with a bot but the other team must’ve had complications because they ended up kicking someone, so the teams evened our. The end of the first half was 5 - 10 I believe. We made one HELL of a comeback. They started buying autos and negevs. But we pulled through. We had decided it was safest if, no matter where we went on Mirage, we had atleast 1, but usually 2 watch mid since we were T’s. I was always on mid, and Man did I wreck it out there. Truly an amazing game. The scary part was it was almost a tie we had 14-14 and then we took the last 2 games. 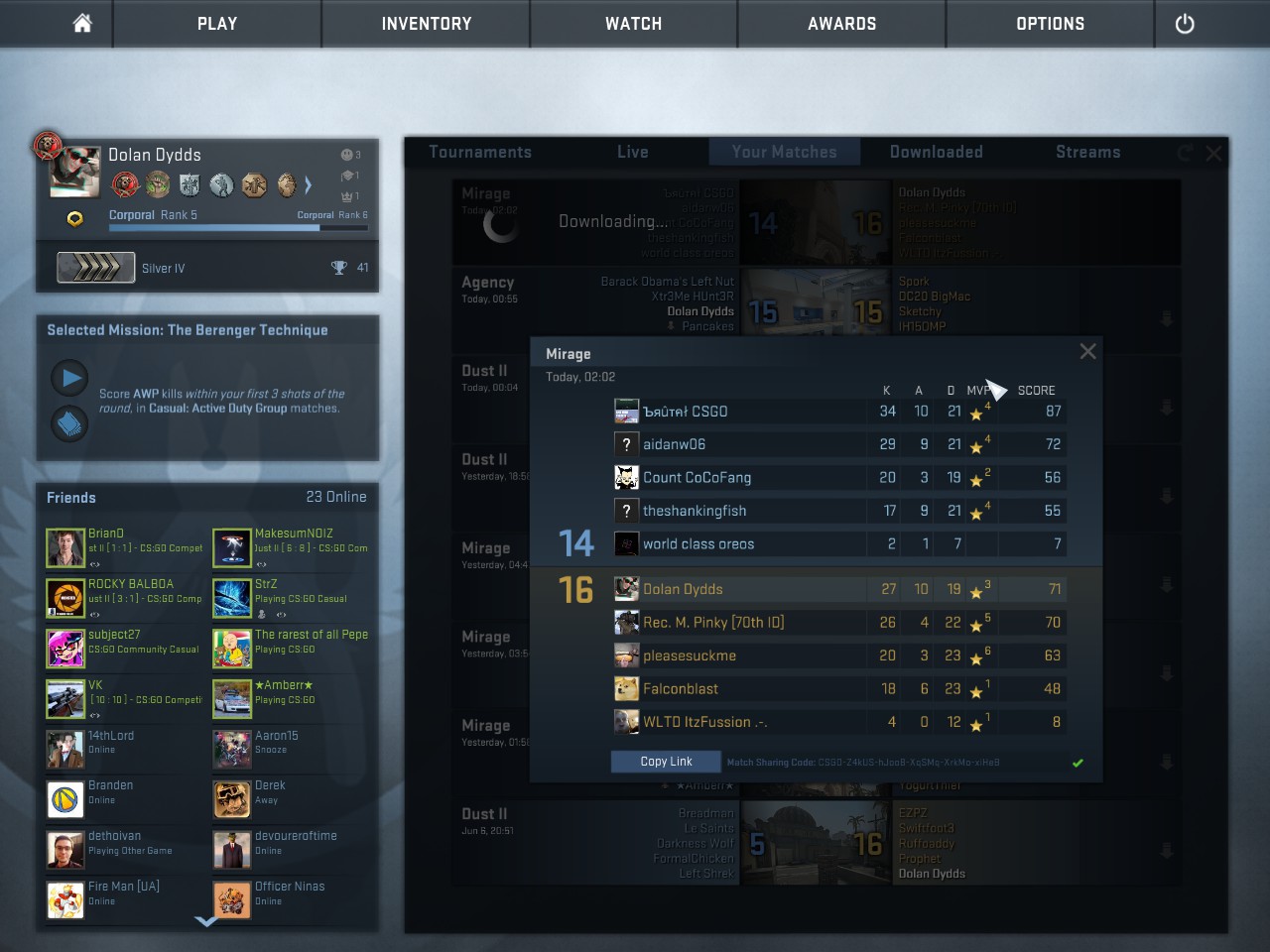 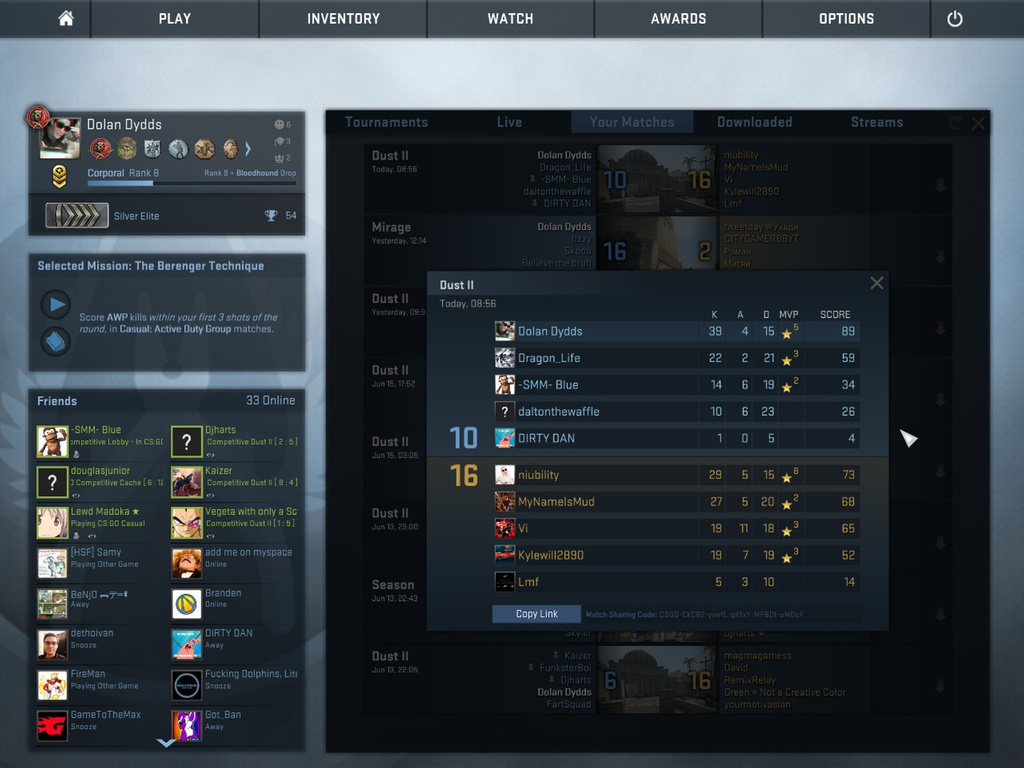 This is why im still silver
The game after this I got 2 aces in a row and we still lost, almost the same score.