This topic has been deleted. Only users with topic management privileges can see it.
last edited by Mohenjo Daro
3

Figured I should make a road map thread so you all know what’s planned in the coming few updates.

NOTE: This road map is subject to change at any point and does not show what I will actually be doing for an update. I may also have a feature in the road map that I don’t have time to add, or find out is impossible to add.

The list will be updated as newer versions are released as well as if my plans for the updates change. The listed features are the main focus for the update: additional, smaller features may be added as well.

I finally got around to updating ER’s road map. I should be back to working on ER in a week or two if everything goes well.

I updated the road map a bit to add seemless maps in after this next update. The reason is I want to get the huge changes that a converter can’t really handle in asap so it interferes with devs making their games as little as possible.

I found very complex editor, despite the fact that carries little advanced, has more options to create a good game, only that the editor, makes the head hurt.
In addition, recently I’m trying it, I think it is more complete and complex to simple view of which I am using IntersectEngine.
at least, that I have seen the roadmap and changelog.
excuse me, but do not you write well in English, using a translator.

@blackig ER’s editor is the same as the other Eclipse editors for the most part. The main difference is all the editors were merged into one with tabs for each. There are also a few editors that ER has that other engines don’t.

I do plan on trying to make a language system in the near future. This will have files with all the form words for the user to change so that the engine is in a different language. This will only change what the editors say, it won’t change item descriptions, names, or other text that you input.

I’m sorry that my English translates poorly when it is put through a translator, but there isn’t much I can do about that.

The main post now has a name next to the versions. This name will reflect what the update is mainly focusing on so you know with a glance rather than having to read a bunch of stuff.

Half of these features are useless in vb6 as it still uses Winsock and will not be able to hold more than 30 players in its current state. With these more heavy calculation based systems in place you’d be lucky to get 15 without some serious, heavy optimizations that would take months. There’s already better options than nearly any VB6 out there and you seem to know that due to you seeming to be drawing inspiration from them.

I guess my question here is why? There is not a single engine on Eclipse that can handle more than 50 players at the moment and DX7 and DX8 are being dropped. Anyone remotely serious about game development should not be using ANY of the tools here unless it’s their first “practice” project. You should not be developing with these engines and go live with it expecting to have a success unless you put literal years into your project, by which time your game’s tech will be even more obsolete than it is now.

Not trying to be a Debby Downer, but these are the facts

I get it, and for me, this is more of a practice to see what I should and shouldn’t be doing when I finally get around to making an engine in a newer lang. At the very least, this next update will be able to support a lot more content if not more people.

People just want a hobby, and the engine can be fine for hobbies when the bugs are removed. ER is currently pretty buggy, as is EO 2, 3, and most every engine on the site, but they can still be used to learn and for hobby projects.

I’ve been working on ER for 3+ years now, and I’ve improved as a programmer a lot. However, I’ve also gotten tired of VB6’s quirks and how hard it is for the average user to get (there’s also the engine’s limitations). During this time, I’ll also be working more on my side projects (the program restarter, updater, eclipse connect, etc.).

I will still support ER, release bug fixes, and help users learn the engine, but I don’t plan to release content updates often if ever.

You also gonna be working on a new engine outside of vb6?

Yeah, I plan on working on a new engine (probably in Clang) after ER. ER will still get bug fixes, but I want to work on an engine in a newer language. 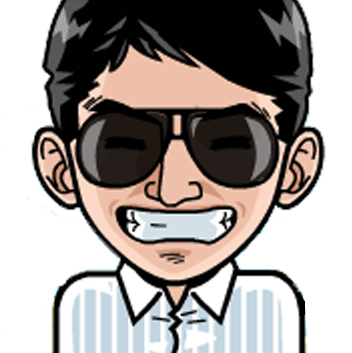 I see the conversation between you and Sky. With the engine it will be impossible to create a game for a large number of users? Obviously not more than 200

This is what I’ll be testing in the next version of ER. With how I’m changing the loading, it might be able to handle a lot of players, but there are a lot of factors that go into it. Only time will tell how many players and maps it will handle.