This topic has been deleted. Only users with topic management privileges can see it.
last edited by Mohenjo Daro
0

Every Eclipse engine has an NPC Editor and most of them are similar to the other engines. We are going to go through the ER’s and Andur’s NPC editor.

Eclipse Renewal has the most powerful NPC editor than other eclipse engines.
To make an NPC press the “Insert” button and click on the Development panel. Go to the NPCs tab and there you can set up the NPCs. After setting it up it should look something like this: 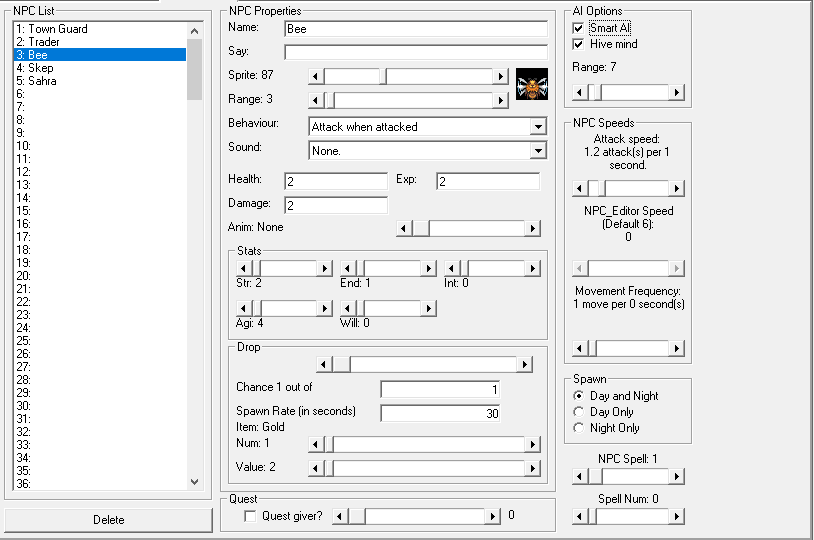 ER NPCs have a few more advanced options such as Hive Mind (NPCs of the same type will help each other if one is in combat and range), and Smart AI and Dumb AI (it will be used is Smart AI isn’t selected) for how they pathfind to their target.

IMPORTANT: ER NPCs are automatically calculated for you. The NPCs in the NPC Editor are a base level (level 0) and will scale based on the level you enter in the Map Properties: 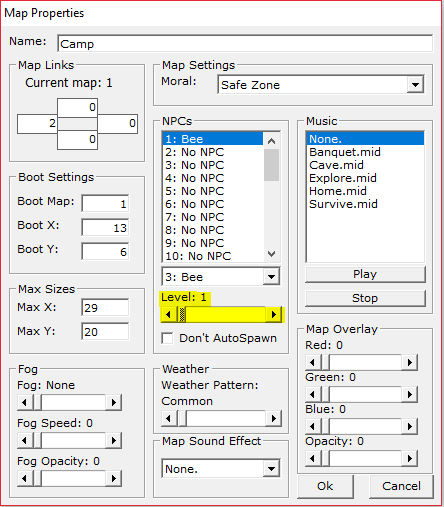 Once you set the map’s properties, place in an NPC spawn attribute from the map editor (if you don’t place their spawn, they will spawn randomly on the map).

Andur’s NPC editor is also similar to ER’s editor, but there are differences.

The editor will then open in a separate window. 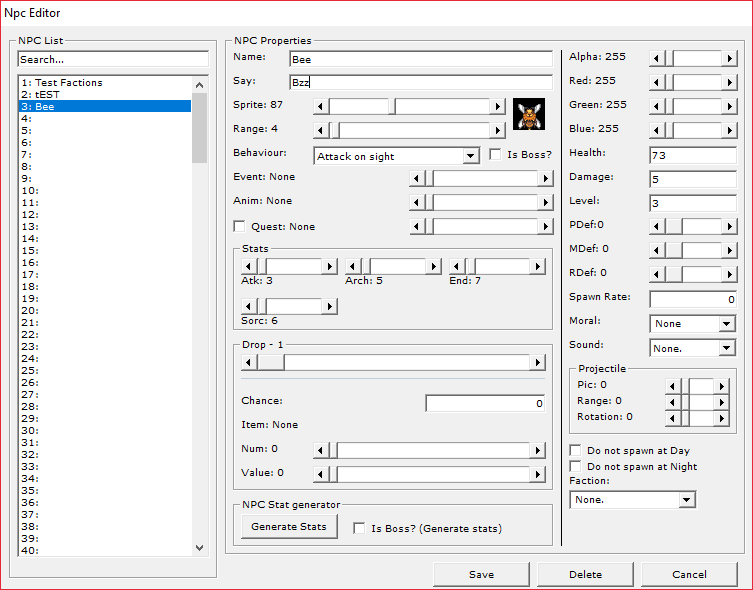 And that’s all it for the NPC editor. Now go and try the NPC editor out and make some NPCs. Just remember, you will improve over time: no one starts off perfect.

@bangaran It’s possible to code it if you know exactly what you’re doing, but otherwise, you do need to edit them individually.